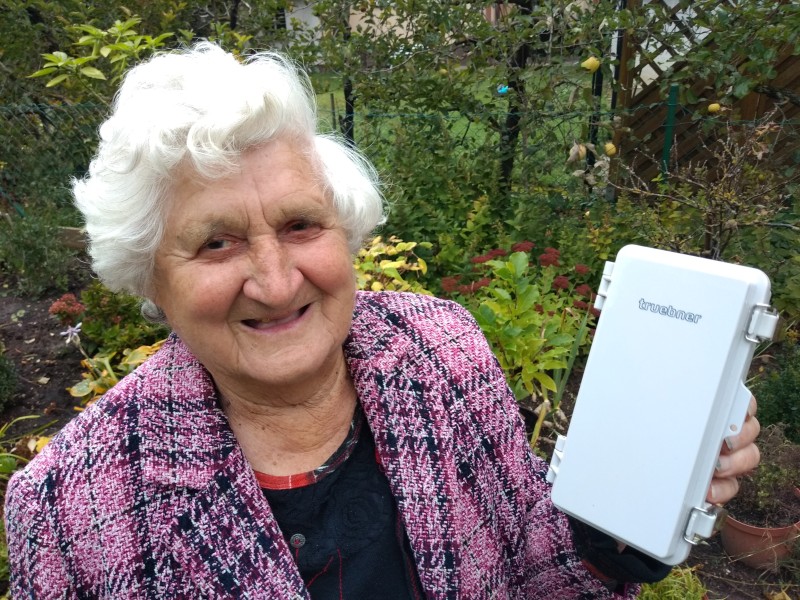 A data logger is used to save measurements from sensors that are acquired at a fixed time interval via analogue or digital interfaces. Additional to storage, some data loggers also offer the option of automated remote transmission to a server, e.g. via mobile radio or LoRa. The origins of data loggers go far back into the history of technology. My first data logger was the Campbell Scientific CR21, with which I gained my first experience from around 1980. Before that I had used a ZX81 computer as a data logger, but it was not suitable for rough field operation. In between times I used a Squirrel 1200 data logger by Grant. I worked with Campbell Scientific data loggers for many years and got to know the programming language CRBASIC. CRBASIC is very mighty, but that is also its disadvantage. In the same category is, for example, the Datataker DT80, which offers a lot of functionality, but is also complex in its operation and configuration. Ultimately, for most applications in data logging, you only need a few functions, such as a list of sensors whose measured values you want to query and the time interval. In addition to simple and convenient operation, a favourable price was also important to me. After a long search, I came across the TrueLog from TRUEBNER. This data logger uses an RS-485 interface according to the TBUS standard for the sensors and is therefore specially designed for the soil moisture sensors from TRUEBNER, which are also used by me. I followed these instructions for operation, although I have not yet used the mobile radio option. The configuration was done in very little time, whereas I only connected 2 soil moisture sensors SMT100 and thus did not need the additional connection box TrueCon100. In between measurements, the data logger "sleeps" and needs very little power. I measured about 30 microamps in sleep mode. With the 4 D cells with a capacity of just under 20 Ah, I could basically log for years. I am already curious to see how the data logger will perform in the upcoming winter. My goal is to measure temperature and soil moisture at 2 depths to get a feeling for the storage of water in the soil of my apple orchard over the winter period.